Look at this video!  The weird disco-synth soul!  Paul Weller looks like he drives a taxi! What’s the deal with the painting?!  But every time I listen to this song, I want to dance silly all over the apartment.

If you’re listening to this now, and if you’re anything like my wife, you are rolling on the floor laughing.  And I get it. Or at least I used to get it.  I can’t hear the funny part anymore.  Shout it to the Top (and all of the Style Council, really) is that rare music that hits a blind spot in my critical taste.  It’s incredibly cheesy – although I assure you, if you think this is bad, their attempts at hip-hop are far far worse than cheesy.  The video doesn’t help much – it’s either too high concept or too Euro or both.  But something about them makes me drop my critical stance.  Maybe it’s because this 80’s synth/disco/pop sound swirled around me on the radio when I was too young to do much about it.  It’s somehow very easy to slip back into a mindset where I’m half-awake in the backseat of my mom’s car, listening to top 40 hits that sound very much like this one.  And then, there’s this approach from the other side of things, my punk side, where I’m 15 years old and seeking out the music that mattered to me.  One such band was the Jam, Paul Weller’s band previous to this one.  With their tough mod pop sound and politically-oriented lyrics, they pointed my way towards thinking critically about the world.  When Weller broke the band up to form the Style Council, much of the world was baffled.  However, coming at them 20 years after the fact without the urgency of the moment, the two parts of my musical mind meshed.  The simple joy of dumb pop is made complex with Weller’s wry politcally poignant lyrics.  Just as often, Weller veers too far to the rote or didactic and then the sophistocated jazz of Mick Talbot saves the day.

“and though I wasn’t asked
I may as well stay
and promise myself
each and every day
to Shout it to the Top!…”

Thoughts:
• this is a good soul/disco song (disco strings!), but something about it stops it from being a great soul song.  Part of the problem is The Style Council don’t quite know where the good parts of their songs are.  There’s a great moment when the main riff comes back in, hand claps are in the background and the vocals start again “when you’re knocked on your back and your life’s a flop…”.  All that staccato rhythm all at once suddenly makes the song take flight.  And then, just as quickly, it lands on the ground again: “shout it to the top. Oh yeah, we’re gonna shout it to the top.” It’s like they run out of things to say, and also forgot they were in a song that was supposed to have swing.

• That said, I really think the Style Council are really the most interesting artistic statement Paul Weller ever made.  It’s the most outside of his comfort zone he ever moved. At the moment when The Jam were at the peak of their influence, he broke them up and released song after song of soft synth-pop soul. Their first record was filled with music best suited to an elevator, and their last record was a House record, oddly.  But every time, the politics in the songs were extremely left-wing and incendiary.  Written by any other punk band, they would have been youth anthems, but sung in semi-falsetto with synth bass and a piano, they force you outside your own comfort zone as a listener, something I think is arguably more subversive and transgressive than a million Crass records. You can see that influence in music projects from Elliot Smith to Le Tigre and I think it’s a powerful statement in a moment when transgressiveness is hard to come by.

• The Style Council didn’t act alone, though.  It was altogether a fascinating moment in English music – the post-punk era had worn itself out on too much macho posturing and too little innovation, and a soul revival had gripped the nation.  Amazing art was made by all these people no one thinks about anymore – Dexy’s Midnight Runners, Julian Temple’s movie Absolute Beginners, The Style Council, Neneh Cherry – Neneh Cherry! Remember the Buffalo Stance?!?  Sade, for those who like her – she came from the Style Council.  Major acts had soul-influenced moments: Elvis Costello did Get Happy!, Peter Gabriel, Phil Collins, Paul Simon, David Bowie (although he’s done it 10 years earlier too). It was a weird moment, and I’m not sure it had any lasting influence, but it SO pervasive for a second – it’s like finding evidence of a lost civilization located entirely on YouTube.

• The political aspect of this video is hilarious, if embarrassing – it’s overwrought, propagandistic and simplistic.   Later Style Council videos had them visiting East Berlin, touristing around with these curious looks on their face while the citizen’s of the town I’m sure rolled their eyes.  Also, why are the band so angry at each other in this video?

• Despite the above, true to their name, the Style Council were the most stylish Paul Weller ever got.  He changed his look about a million times in the band, but each time you find yourself checking the date on the photo – “ohhhh, sooo 1996! what? It was only 1983?”  And each time he came out with a new look, he pushed his audience too.  Punk had a costuming element to it, of course, but the effete, dandy look the Style Council promoted went well beyond the macho land of spikes and spray paint.  Had one committed themselves to the Jam and all their gruff rock, it took a lot to convince yourself about long bangs and soft rock. Paul Weller gets you there, and if you learnt a couple dance moves on your way to bringing down the government, all the better.

PS: Oh right, the title of this blog post. So, there’s a suggestion that “uptight” used to have good connotations – i.e. Stevie Wonder, etc.  And the argument is that it slowly changed to mean, well, uptight. And no one really knows why, but I like the weird meaning you get now – “everything is alright – uptight – clear out of sight.” like there’s this underlying tension to whatever’s going on…I think that’s what you get when your celebration song is about speaking truth to power… 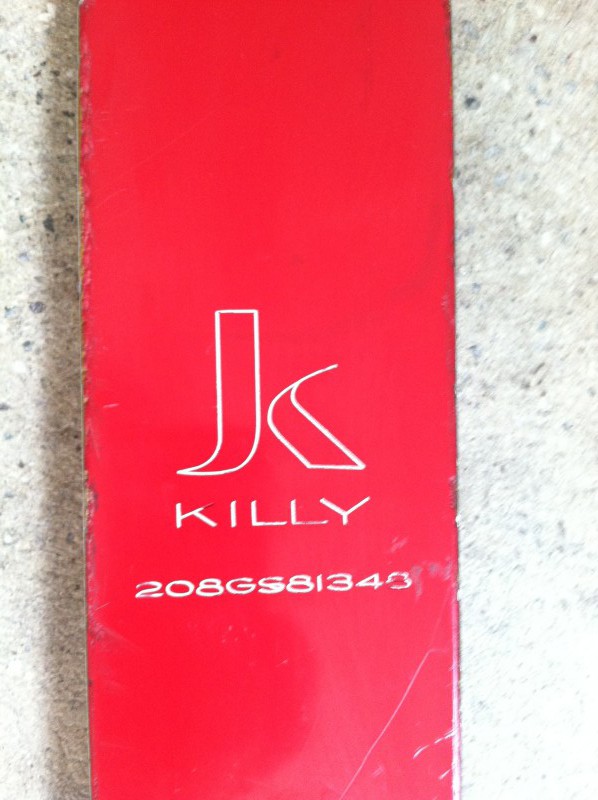